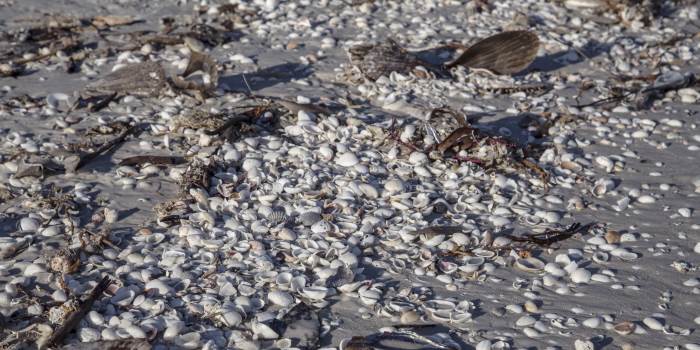 Even if there is a place on Earth where issues don’t exist, I haven’t heard about it. The Western Isles face their own daily problems and try to deal with them the best they can. In some cases, the geographical position of the isles themselves, seem to contribute to the challenges endured by the people. In this segment we are going to take a look at some are the common issues the population of the Outer Hebrides face, and how they deal with it.

There have been many reports of high-level toxin present in shellfish. The FSS administration (Food Standards Scotland), has warned the population of the Outer Hebrides to refrain from eating razorfish, mussels, and cockles. The toxin levels were due to the increase of native levels around the coastline. Due to that fact, commercial businesses were also notified to stop fishing for any shellfish. Marine conditions are monitored on a daily basis, so once the algae levels have subsided, fishing will be allowed to resume.

Wildfires are another recurring disaster that can go on for days, destroying not only land but also protected woodland, farm animals, scientifically significant flora and fauna. Especially in the rural areas, the damage done by wildfires can permanently damage the livelihood of entire families. Due to frequent dry spells, even a ball of grass can turn into tinder for the smallest spark.

The availability of a proper transportation system on the Isles has been an issue for a long time, and it still has not been resolved properly. This fact alone delivers a sense of social isolation from different cities and villages. Building a proper transport infrastructure is difficult because of the small population of the Outer Hebrides.

Pollution is a Classic Problem

One of the main problems of the Western Isles is pollution. Flytipping is considered to be one of the very worst forms of pollution, along with dog fouling, littering, flyposting and graffiti. Recently, awareness groups have tried to tackle these issues with moderate success, which is still significant.

The State of the Overall Economy

The Outer Hebrides have a staggering amount of rural areas. Due to the lack of a native industry and general lack of jobs, a lot of people make a choice to live as crofters in rural areas and make ends meet by working their land and caring for livestock. The Scottish government does provide some funding for local organizations that are commissioned to provide the different type of aid for those who need it.

Improvement is Around the Corner

A lot of people from other countries decide to dedicate their profession and time in order to help the community. New opportunities constantly arise, and the communities seem to help each other to successfully go through tough times. While slow progress is still progress, if things could go a little bit faster it would be most appreciated by the entire population of the Outer Hebrides.