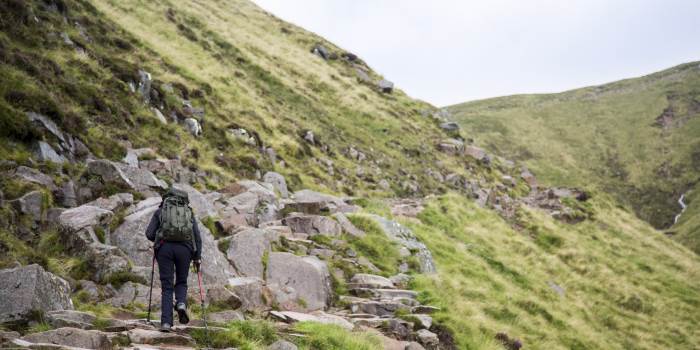 Every culture has their celebration events, and so do the Outer Hebrides as well. They are usually held in North Harris, hence the name of the annual event – the Isle of Harris Mountain Festival. Given the fact that the isle itself is quite mountainous in nature, activities usually consist of walks, water sports, races, etc. Participants of all age groups are accepted, and the entire festival is known to be quite spectacular.

The Biggest sporting event held in the Outer Hebrides is called the Harris Mountain Race. This year, it involved 740 participants who made their own route among checkpoints. The information about those checkpoints was kept confidential until the last minute of the race, so no participants would be able to provide themselves with an unfair advantage among other participants.

The terrain itself is known to be quite difficult, and this is why it is preferred by many mountain runners. In fact, entire elite teams from all over Europe come to the Outer Hebrides to participate in the Harris Mountain Race. The Alpine Mountain Marathon welcomed its runners with warm weather, and organizers warned people to stay properly hydrated at all times. The runners were released from four different locations, with the objective of reaching the first point.

Football and Much More

The Western Isles have their own football leagues which hold events on a regular basis. Rugby Union is also a very highly regarded sport, passionately followed by all native residents. There are also a couple of golf courses on the largest islands, that also host their own tournaments, but that doesn’t come as much of a surprise since the origins of modern-day golf are traced to Scotland.

Looking Towards the Landscape

There are a few other sporting activities organized by the local communities, which are usually connected to the geology of the land itself. Because of this specific, any sporting and celebratory events are usually held in certain months of the year, as the weather can become quite tricky.

Due to a number of reasons, all types of sporting events and festivals are highly anticipated by both visitors of the Isles, as well as by the native residents. Getting together in large groups isn’t something that happens very often in the Outer Hebrides, so events are considered to be a “breath of fresh air” especially for those communities that feel more or less isolated.

While there is participation in all local sporting events, more and more teams prepare and qualify for bigger tournaments outside of the Western Isles. This shows the need of different athletes to represent their native land and bring not only achievements in the sport they are participating in, but also bring awareness and interest to the mystical and beautiful islands of the Outer Hebrides.